“Trotsky, on the other hand, represents only his own personal vacillations and nothing more. In 1903 he was a Menshevik; he abandoned Menshevism in 1904, returned to the Mensheviks in 1905 and merely flaunted ultra-revolutionary phrases; in 1906 he left them again; at the end of 1906 he advocated electoral agreements with the Cadets (i.e., he was in fact once more with the Mensheviks); and in the spring of 1907, at the London Congress, he said that he differed from Rosa Luxemburg on “individual shades of ideas rather than on political tendencies”. One day Trotsky plagiarises from the ideological stock-in-trade of one faction; the next day he plagiarises from that of another, and therefore declares himself to be standing above both factions. In theory Trotsky is on no point in agreement with either the liquidators or the otzovists, but in actual practice he is in entire agreement with both”

~LENIN, “The Historical Meaning of the Inner-Party Struggle in Russia”

“No one can understand Trotsky who sees in him nothing more than an ordinary opportunist. Comrade Trotsky is not a one-handed man. He has a right hand and a left hand. We already had the opportunity of seeing him in two roles in his interpretation of the “German October.”

And with Comrade Trotsky this does not happen by accident: it is a general rule. In actual practice he always represents two different “types” so to speak. One type deviates to the right, the other to the left. A superficial observer might conclude that Comrade Trotsky vacillates constantly between the two types. But this only appears to be the case. Comrade Trotsky is not a vacillating man. He generally adopts a definite—but wrong—course.

In reality the case is this: In his actions he deviates towards the Right, but he describes these actions in Left, very Left, terms. The Right type is the type of the man of action who speaks little, who does his work and says nothing about it. The Left type, is a man, anxious to play a prominent public role, a man who talks a great deal and does very little, and knows little about work except to describe it. But the descriptions given by the Left type differ entirely from the work actually done by the Right type.

~O. W. KUUSINEN, “A Misleading Description of the “German October”” 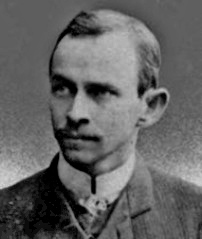 V. I. Lenin, the leader of the Russian Bolsheviks