Leon Trotsky was a notorious liar and a revisionist counter-revolutionary. This is demonstrated by his bankrupt anti-Marxist theory of Permanent Revolution, by his actions, his opinions and countless demonstrable lies. Here are some of them:

In 1925 Trotsky criticized the notorious ultra-left liar Max Eastman. Ironically three years later he became best friends with Eastman and started spreading the same exact lies that he had debunked himself. After his exile from the USSR Trotsky lost contact with Soviet workers and began targeting Westerners who didn’t necessarily know about the reality of Soviet situation. This is the reason for this blatant seemingly ridiculous 180* flip-flop.

“During his illness, Lenin repeatedly addressed letters and proposals to the leading bodies and congresses of the party. It must be definitely stated that all these letters and suggestions were invariably delivered to their destination and they were all brought to the knowledge of the delegates to the Twelfth and Thirteenth Congresses, and have invariably exercised their influence on the decisions of the party. If all of these letters have not been published, it is because their author did not intend them to be published. Comrade Lenin has not left any “Testament”; the character of his relations to the party, and the character of the party itself, preclude the possibility of such a “Testament.” The bourgeois and Menshevik press generally understand under the designation of “Testament” one of Comrade Lenin’s letters (which is so much altered as to be almost unrecognizable) in which he gives the party some organizational advice. The Thirteenth Party Congress devoted the greatest attention to this and to the other letters, and drew the appropriate conclusions. All talk with regard to a concealed or mutilated “Testament” is nothing but a despicable lie, directed against the real will of Comrade Lenin and against the interests of the party created by him.”
(Leon Trotsky, “Letter on Eastman’s Book”, 1925)

“Eastman’s assertion that the Central Committee was anxious to conceal (that is, not to publish) Comrade Lenin’s article on the Workers and Peasants Inspection is equally untrue.” (Ibid.)

“Eastman’s quotation from the wording of the “Testament” is equally wrong… This was published by … counter revolutionists.” (Ibid.)

“Eastman’s assertions that the Central Committee confiscated my pamphlet… are untrue, and are based on fantastic rumors.” (Ibid.)

“An attentive perusal of Eastman’s book would doubtless give me the opportunity of pointing out a number of other inaccuracies, errors, and misrepresentations. I do not, however, think that it would be of interest to go further.” (Ibid.)

Trotsky was singing to quite a different tune three years later:

Despite first saying quite correctly, that Lenin has left no ‘testament’ and it would be counter to party democracy as leadership is not a hereditary position, new Trotsky began repeating Eastman’s lies which he himself had earlier debunked:

“Stalinist censorship had placed a ban on Lenin’s Testament as well as upon hundreds of his other works, Eastman turned to the bourgeois press. There was nothing at all underhand in such a utilization by Eastman of a newspaper for the sake of publicity. Even on the pages of a bourgeois newspaper the Testament of Lenin remains Lenin’s testament.” (ibid.) 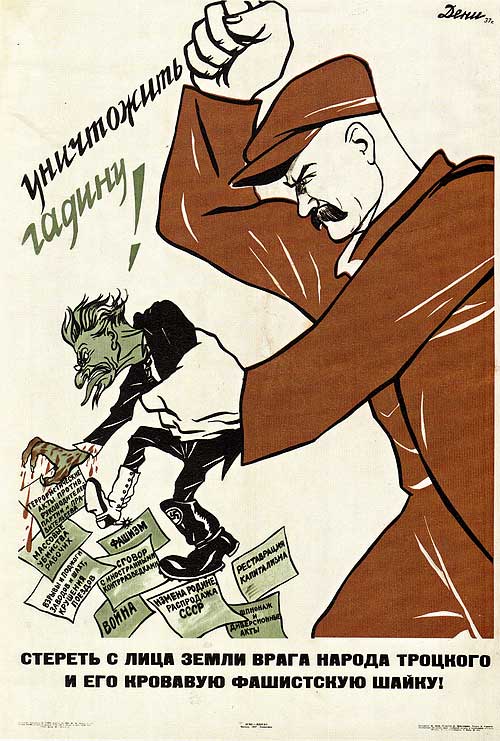